Simply put, cognitive therapy deals with those emotions, behaviours and beliefs which are not serving you. We try to change the thought process in order to bring about change. Psychiatrist Aaron Beck developed cognitive therapy in the 1960s. The theory behind the process is that “wrong” thinking triggers a self-defeating behaviour or inappropriate response to a situation. 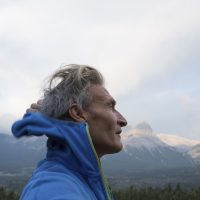 A brief discussion of what PTSD is, the symptoms and treatment