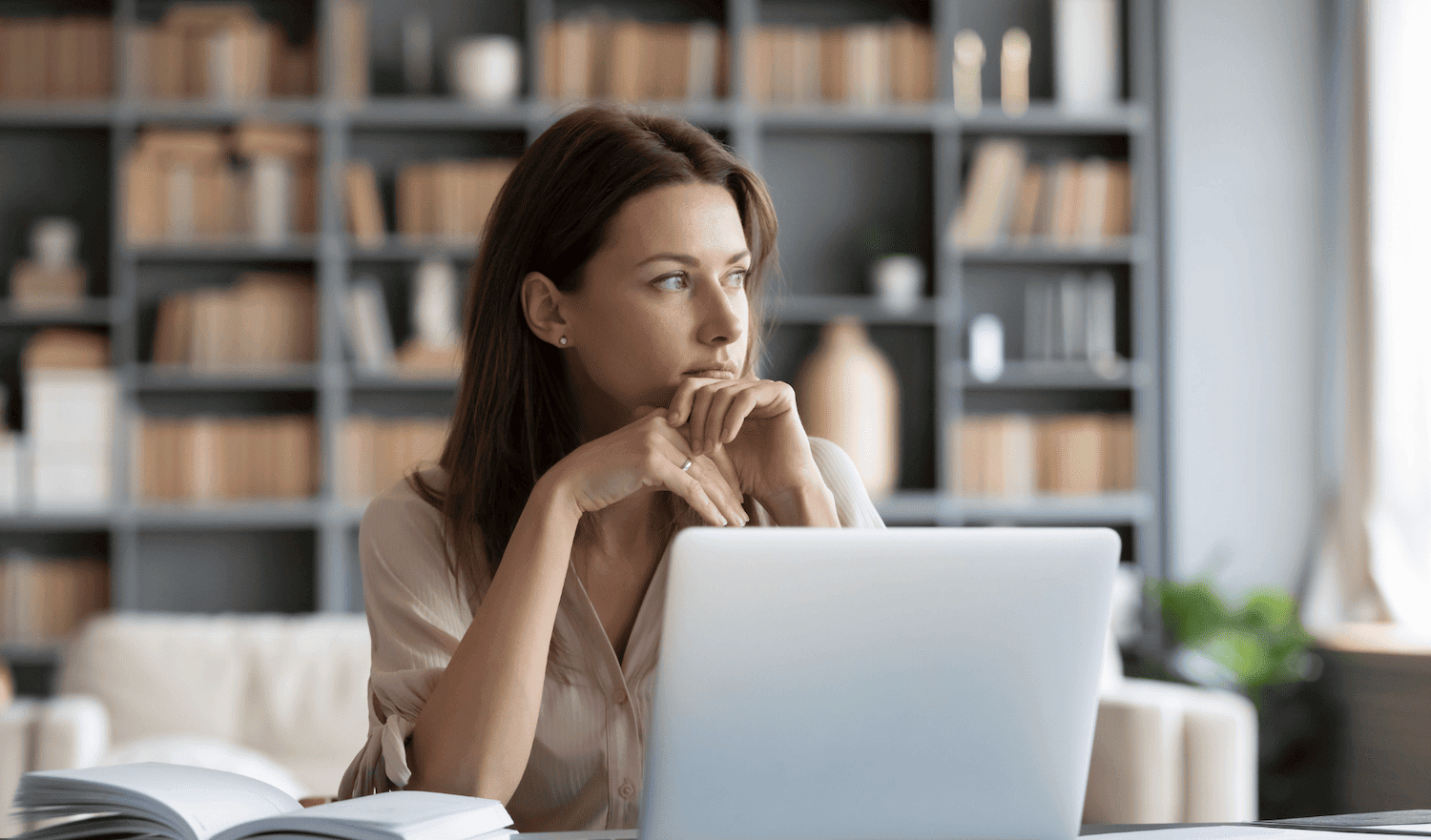 Picture someone with attention-deficit/hyperactivity disorder (ADHD) and likely you are imagining a kid fidgeting in their seat, and being unable to sit still.

Now think of an adult you know who may seem distracted and disorganized, is often late to appointments or sometimes misses them altogether and can be a bit reckless — possibly getting into car accidents or acting impulsively. Maybe that person is a teacher, a firefighter or a server in the restaurant industry – doing a job that requires high energy, and where things change quickly. Or perhaps they have changed jobs often and get bored easily.

That person may well have ADHD.

Although we often associate ADHD with children, ADHD is a disorder that affects over four per cent of adults, many of whom have had the disorder since they were children. According to results of a study by Margaret H. Sibley and colleagues, published in a 2021 issue of The American Journal of Psychiatry, as many as 90 per cent of children with ADHD continue to have residual symptoms into young adulthood, although symptoms and impairment may fluctuate. Research shows that ADHD is very likely caused by biological factors that influence neurotransmitter activity in certain areas of the brain. It also has a strong genetic basis.

Despite its prevalence, ADHD tends to be underdiagnosed, misunderstood and often not treated in adults. Many of us focus on the “H” in ADHD when we think about this disorder, thus assuming hyperactivity to be the main symptom. But there are actually three types of ADHD: it may present as predominantly hyperactive or impulsive, predominantly inattentive, or a combination of both.  People with ADHD have a nervous system that regulates emotions and attention differently than people without the condition. But that doesn’t mean they can’t still function well: with the right treatment and strategies to compensate, people with ADHD have every opportunity to live happy fulfilling lives, in good relationships, and accomplishing what they set out to do.

Most people who have only the inattentive type of the disorder are female. For them, the disorder may go unnoticed because they are more likely to have learnt to control the hyperactive side, “to sit still and keep energy inside the body,” says Kaleigh Smith, a registered psychotherapist with Dalton Associates and psychotherapist who provides individual counselling through Yellow Serenity Counselling & Psychotherapy.

Their ADHD may also be linked to trauma, as the two can go hand in hand, says Smith. An article in the 2018 issue of Attention Deficit Hyperactivity Disorder reported that “[s]tressful life events, especially Childhood Trauma, predict ADHD symptoms.”

Thirty-one-year-old Torontonian Sandra* has a combination of the hyperactive/impulsive type and the inattentive form of ADHD. Now studying to be a midwife, she says she was relieved to learn, after completing the Adult ADHD Self-Report Scale at her family doctor, that she likely had ADHD.

She had initially been reticent to get a diagnosis over concerns about cost, what she describes as internal stigma and believing that she didn’t deserve help. But with a likely diagnosis, her life has changed. She is now on medication to treat the disorder, and has found that — for the first time in her life — she can now focus more clearly, get school assignments in on time —and think and learn more methodically.

“Untreated ADHD is like burning gas,” says Sandra. “You can still work but not always so efficiently.”

Sandra says she always did what was expected as a child. She was social and outgoing, but never disruptive. Then at the age of 15 she started binge drinking to manage feelings of low self-esteem, struggles with body image and not belonging, and a sense of frustration and self-judgment with her ability to cope. She had no idea that the problems she was experiencing with executive functioning and emotional regulation were not her fault. Alcohol had become her refuse, and she was also dealing with anxiety.

Fortunately, she was eventually able to get her drinking under control, and has been abstinent for almost seven years.

“Having undiagnosed ADHD for years had a big effect on my mental health,” says Sandra. [When I couldn’t follow through on something] I felt lazy, like I was a fraud.”

While adult ADHD varies from person to person, Arzu Ferguson, a Psychological Associate with Dalton Associates, says she sees three categories of symptoms in adults with the disorder. She sees short attention span or not persisting on tasks that seem tedious or boring, and shifting from one uncompleted activity to another. She sees poor inhibition or self control, which may be blurting out comments, lying, overspending, getting into fights, erupting with angry outbursts, or reacting quickly without first pausing and considering their actions. She also sees problems with executive functioning, such as difficulty following through on plans and on prioritizing things that need to get accomplished.

Struggles with anxiety, depression and low self-esteem are also endemic to the disorder, particularly if someone has grappled with the disorder for years without a diagnosis, and without being able to achieve or succeed in the way they would hope, while being criticized for being lazy.

ADHD also often co-exists with another mental health condition— most typically depression, generalized anxiety disorder and substance use and dependence, which may be secondary consequences of the ADHD.

“You rarely see adult ADHD on its own,” says Ferguson. Research indicates that personality disorders and bipolar II disorder, characterized by hypomania and depression, may also be present.

Other possible symptoms include “time blindness” — or difficulty with managing time and seeing beyond the present moment; task paralysis, or getting overwhelmed and simply freezing, and being unable to get started on something; and chronic disorganization, which may translate into a cluttered home and things like lights left on, and other things like cupboard doors and bottles left open.  People with ADHD may also struggle with feelings of guilt or shame, and have learning issues resulting from getting easily distracted, having difficulty concentrating, and either not being able to focus, or getting hyperfocused on certain things at the exclusion of others.

For a diagnosis, the impairment has to have lasted at least six months and affected two or more environments, such as at home and at work or in school. Because it often runs in a family, Ferguson says that if she diagnoses a child as having ADHD, she will ask the parents if they too identify with any of the traits observed in their children.

While it’s difficult to say what aspects of someone’s life are most affected by ADHD, people with the disorder can struggle a lot with relationships and in work.

For example, someone in a relationship with a person with ADHD may find that if their partner is distracted, they think they don’t care. Or if they are always late, they might feel like they aren’t being prioritized. Or if the household is chaotic because their partner has difficulty being organized and completing tasks, the partner may feel resentful and frustrated that they end up doing most of the housework. And if their partner behaves recklessly, like overspends or gets into car accidents, that can understandably also elicit a great amount of worry.

In turn, the person with ADHD will likely also struggle “in relationship” — they may feel criticized or micromanaged by their partner, and like they’re not good enough or always falling short if they aren’t able to do things the “right” way.

Work also presents challenges. ADHD can make it more difficult to focus, meet deadlines, recall important facts and pay attention to others. People with ADHD may have poor working memory, and experience difficulty multitasking. They may be forgetful and miss deadlines or be late. And they may have difficulties concentrating. All these issues can make it more difficult to hold down or keep a job. They are likely to do better at jobs where tasks are varied and constantly stimulating.

Psychoeducation is the first step when it comes to treating ADHD, Ferguson says. Treatment may also involve a combination of medication and psychotherapy (such as cognitive-behavioural therapy [CBT], mindfulness-based CBT and motivational interviewing) along with positive lifestyle changes such as exercising, sleeping well and having a healthy diet. People will also benefit from developing strategies and building skills to manage their symptoms, particularly with organization and time management, she says.

“There are no cookie cutter strategies,” says Ferguson. “You find what is not working and then figure out how to fix it.” For example, if someone constantly loses their keys or their wallet, they can get a “Tile tracker” to help them find it. If they tend to run out of a prescription before filling it, they can hide five pills that they can access in an emergency if needed, she says.

There are many devices available to help with this —everything from a calendar or day planner on a smart phone to a filing system, visual timers or alarms to help people stay on track.

Sandra says she has had a lot of success experimenting with different organizing systems she has found on YouTube, and with calendars that divide up the day into hour increments, where she can schedule in breaks that she might otherwise forget to take. She also uses many other tools — from podcasts like “Hacking Your ADHD” to visual timers to self-compassion meditations by Tara Brach — as well as getting therapy from an ADHD-aware psychotherapist.

But perhaps most importantly, she says that finally having a diagnosis has allowed her to have more compassion for herself. She says she now recognizes her “superpower,”, the fact that she has managed to cope — and succeed — in spite of her neurodifferences.

“What beautiful life will I build as I continue to nurture myself as a person living with ADHD?” she muses.

* Sandra’s name has been changed to maintain confidentiality.